The BoM have started issuing warnings for this upcoming event. Local rivers are likely to see significant rises from their current very low levels. All the latest information out now.

Current model runs shows significant rain totals are likely across our region over the coming week as deep onshore winds combine with increasingly cool upper air temperatures. We are also likely to see a small low pressure centre develop offshore and move west into SE QLD / NE NSW over the last weekend. Both events will combine to bring some big totals – here’s the latest totals from a range of models:

The Bureau of Meteorology have started issuing warnings for this event. These will update over time – check the BoM site for the latest advice. There is a Severe Weather Warning current:

Weather Situation: A developing coastal trough is expected to bring widespread rainfall to the Mid North Coast tonight and tomorrow. This system will then track slowly northwards over the coming days. Some intense falls are likely.

HEAVY RAINFALL is expected to develop over the Mid North Coast overnight tonight. Rainfall rates could be locally enhanced by topography or thunderstorms and this may lead to dangerous flash flooding.

The area of heaviest rainfall is most likely south of Kempsey initially, before extending northwards during Friday morning.

Locations which may be affected include Coffs Harbour, Port Macquarie, Taree, Kempsey, Woolgoolga, Sawtell and Dorrigo.

….as well as a Flood Watch for our region:

A developing coastal trough is forecast to bring widespread rainfall to the Mid North Coast tonight and tomorrow. Some intense falls are likely. This weather system, and the rain, is then expected to track northwards on Saturday.

At this stage, riverine response to this rain is not expected until Saturday. High water levels due to spring tides are also forecast over the next few days, which adds to the risk of flooding in lower tidal areas.

A Severe Weather Warning for heavy rainfall, which may lead to flash flooding, has been issued for the Mid North Coast.

The weather system is expected to cause riverine flooding for the catchments listed from Saturday. Flood classes (minor, moderate, major) are only defined for catchments where the Bureau provides a flood warning service.

There is a Floodcam at Kombu, live weather updates on the Bellingen Weather site and up to date warnings on the BoM site. The local SES unit will also post updates where possible on their Facebook page. We will soon have an easy to use forum on the Bellingen Weather site – it is in the process of being developed, but not quite ready for this event.

I’ll post more updates over coming days – if you followed a link to reach this post there is an option to Subscribe on the right hand side of the page, and you’ll get further updates into your inbox 🙂 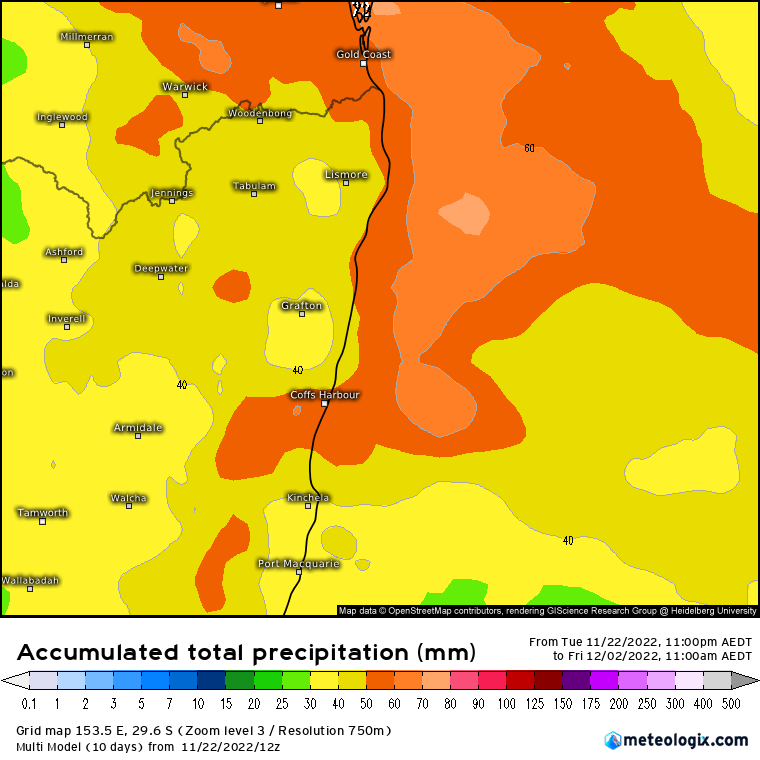