We've got storms again today, but it's then looking like it will get a lot wetter later tomorrow, and again through next week. Flooding is possible - all the latest information in this post.

We had more showers and storms through yesterday evening. The totals were not that big…but on top of saturated ground they added to the rain already in local rivers to keep them much higher than average. The Bellinger through Thora is sitting close to the minor flood level…and we have a much wetter spell on the way. Here’s the Bellinger right now:

The Kalang is also higher than usual, though a good bit further from minor flood point:

All would be good if the rain would stop…but we’ve got more showers today and then a much wetter spell moving in through later tomorrow. Here’s the forecast rainfall for today from the BoM’s top ACCESS C model:

You can see the showers and storms forecast to form over the hills through the afternoon. By the time we get through tomorrow however it looks a whole lot wetter:

We’re not likely to see totals that in themselves would usually be a problem – but with the ground saturated and the rivers already raised it isn’t going to take too much for flooding to become an issue. There is now a Flood Watch out from the BoM for minor flooding. In their words:

“Rainfall is forecast for the central and northeast parts of NSW on Sunday and will continue into early next week. This rainfall has the potential to cause minor flooding along rivers in the North West Slopes including the Upper Macintyre, Severn, Gwydir, Peel, Castlereagh, and Namoi Rivers. The rainfall may also lead to flooding along coastal rivers in parts of the mid-north coast. Flooding is expected to develop from Sunday evening and into Monday and Tuesday next week.

Northerly flow dragging tropical moisture across NSW is producing unsettled weather conditions across the east. A cold front is forecast to enter the south during Saturday. Rain is forecast to increase in the central east and northeast on Sunday as the humid airmass interact with the front. Rain is expected to continue in the northeast early in the new week as the front heads north. Catchments in the north east parts of the state are saturated from recent rainfall.”

The rain should clear through the early part of the week – however there are signs that further rain and showers could return from mid week and continue, at times, for the following few days. If this occurs as currently forecast we will likely see the risk of further flooding through the next week or so – the key takeout from this event is not necessarily the height of any flooding, but the potential duration.

If you live in an area that can be easily cut off it would be worth considering keeping your larder topped up as we enter this further wetter spell, as there is a risk that rivers could remain over the minor flood level for some days at a time. To highlight this risk here is the latest rainfall total forecast from the BoM WATL system (one of the better ways to check forecast rainfall as it uses data from a range of models with a weighting towards the more accurate ones): 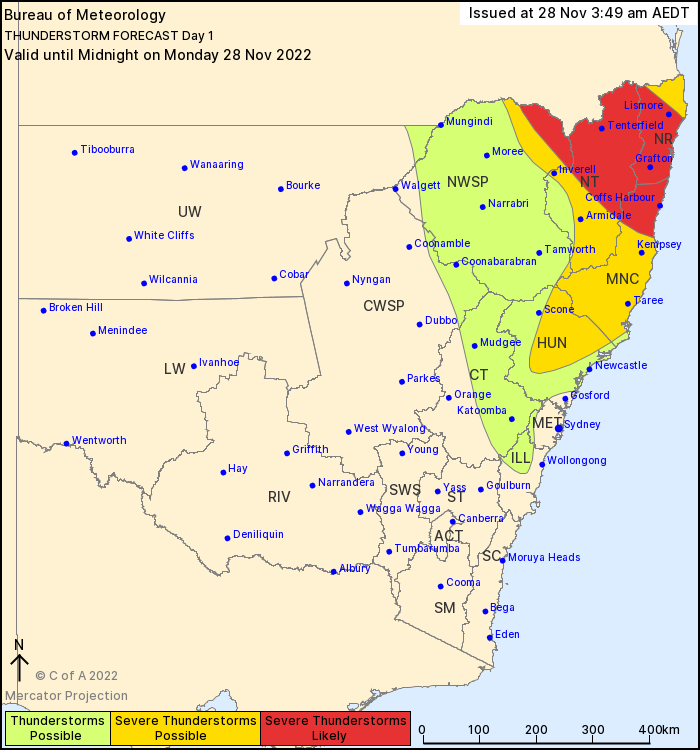